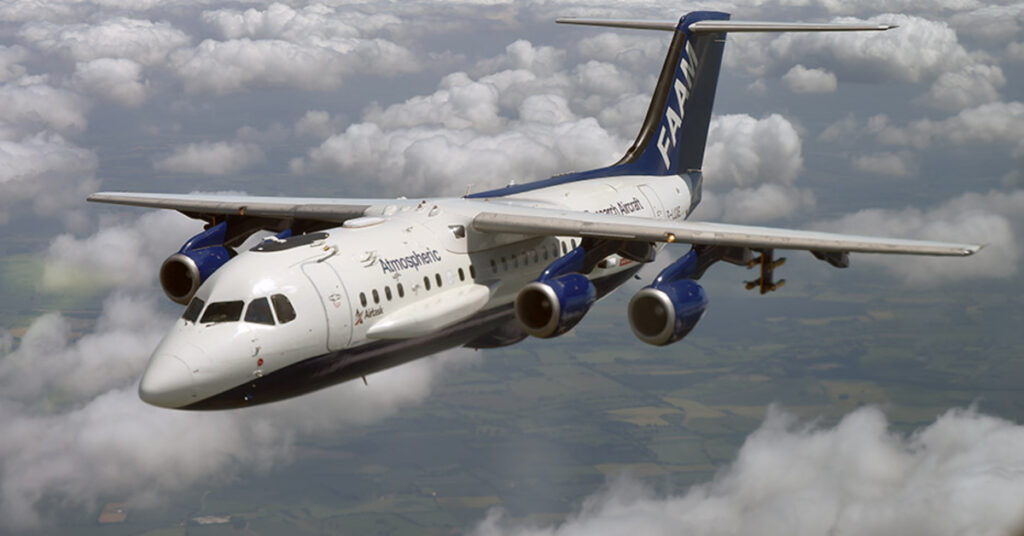 The investment is meant to support research into a few of the globe’s most important environmental challenges like severe weather events and climate change.

Leading scientists from the UK will take to the sky on Europe’s largest flying laboratory in order to carry out important research into a few of the world’s most pressing environmental challenges like severe weather events and climate change. This is possible thanks to government investment. This announcement was made on the 20th of November, with the investment said to enable the UK’s most ambitious researchers and scientist continue progressing environmental research missions at altitudes of up to 10 kilometres for the next 10 years onboard the Facility for Airborne Atmospheric Measurements (FAAM) Airborne Laboratory, based in the UK.

These missions will include collecting data on pollution and emission levels from remote locations all over the world, such as above the North Sea and volcanoes located in Iceland.

FAAM operates a specially adapted research aircraft based at Cranfield University and Airport, Bedfordshire, which is used to male innovative measurements in the atmosphere, from just about anywhere in the world for about 400 hours a year. The aircraft is continuously managed by a unique team of engineers, scientists, project managers, and flight technicians providing a complete package of support for the scientific community.

The BAE- 146 large research aircraft has previously conducted numerous projects such as searching for new air pollutant sources during the Cabo Verde dust season, tracking the source of methane emissions in Africa and the Arctic in order to combat worldwide temperature rises and measuring cloud atmospheres in order to improve weather forecasts.

The atmospheric data captured during future air missions can directly assist businesses, universities, the government and researchers on the ground by helping to inform future policy, transforming industries that are currently sources of high carbon emissions such as shipping and aiding to assess the impact of the latest environmental regulations. The data captured can help the UK meet its net zero emissions.

The announcement of this investment came on the tail of the Prime Minister setting his 10 point plan for a green industrial revolution.

“Never has it been more exciting to be a scientist and nor have the challenges been greater.

Facilities like the FAAM Airborne Laboratory help ensure the UK remains at the forefront of tackling the most enduring threat to our planet while also supporting our innovative and brilliant scientific community. This funding is just another way we are supporting businesses and researchers to build back greener and drive the UK’s Green Industrial Revolution.”

The £61 million funding from the governments will be put towards securing the operation of the aircraft for the next 10 years and will be provided via the Natural Environment Research Council or NERC, which is the nation’s main agency for funding and managing research conducted in the environmental sciences.

“We operate the largest flying laboratory in Europe and, through our experience and expertise, offer a complete package of support for in-situ atmospheric measurements.

It is capable of operating nearly everywhere in the world and supports global research initiatives, helping scientists and society to tackle the environmental challenges ahead, including climate change, air pollution and severe weather.”

As reported by GOV.UK