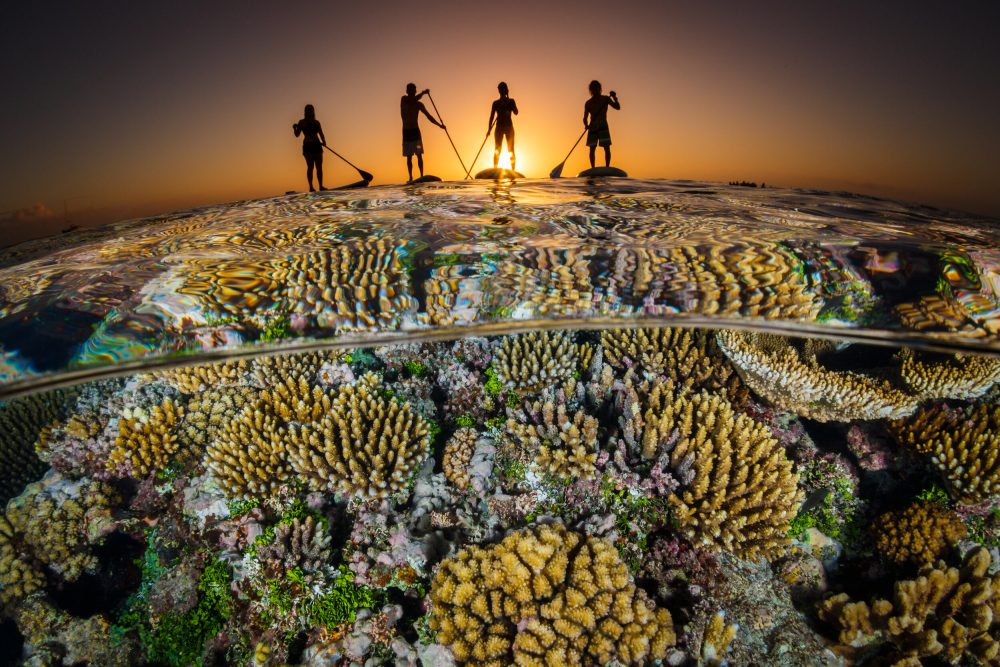 The world’s oceans absorbed 20 sextillion joules of heat due to climate change in 2020 and warmed to record levels, a new study has found. This is equivalent to the energy from 10 Hiroshima atomic bombs being released every second of the year.

Scientists have reported that the oceans of the world recorded their hottest temperature in 2020, since records began, fuelling the extreme Easter impacts of the climate emergency.

Over 90% of the heat trapped as a result of carbon emissions is typically absorbed by the oceans, causing their warmth to be an undeniable sign of the ever-accelerating crisis. Researchers discovered that the 5 hottest years of the oceans happened since 2015. Additionally, the rate of heating since 1986 had become 8 times more than that from 1960 to 1985.

Records using reliable instruments stretch all the way back to 1940, however, it is likely the oceans are currently at the hottest they have been for 1,000 years. Not only that, they appear to be heating up faster than at any time in the last 2,000 years. Warmer seas give more energy to storms which then makes them severe. 2020 saw a record of 29 tropical storms in the Atlantic.

More so, hotter oceans disrupt rainfall patterns, which lead to wildfires, droughts, and floods. Heat can also cause seawater to expand, driving up sea levels. Scientists estimate around a metre rise in sea levels by the turn of the century. This could endanger 150 million people all over the world.

Additionally, warmer water is unable to properly dissolve carbon dioxide. At this moment, about 30% of the planet’s carbon emissions are absorbed by the oceans, helping to limit the heating effect caused by the burning of fossil fuels.

Prof John Abraham, at the University of St Thomas in Minnesota, US, and one of the teams behind the new analysis, stated “ocean warming is the key metric and 2020 continued a long series of record-breaking years, showing the unabated continuation of global warming,”

“Warmer oceans supercharge the weather, impacting the biological systems of the planet as well as human society. Climate change is literally killing people and we are not doing enough to stop it” he added.

The fact that the oceans make up 71% of the earth and water is a better absorber of heat than air explains why 93% of all world heating is absorbed by the seas. That’s being said, surface air temperatures which directly affect most people also rose to the joint highest recorded levels in 2020.

The average global air temperature in 2020 was 1 and a half C  higher than any levels recorded during the pre-industrial period, which makes it dangerously close to the 1.5C target set by the Paris Agreement to avoid the worst impacts.

This latest research, which was published in the Advances in Atmospheric Sciences journal, showed that the oceans absorbed 20 zettajoules more heat in 2020 than they did in 2019. This is equivalent to every person on the planet running 80 hair dryers for 24 hours, every day, or the detonation of 4 atomic bombs a second.

The analysis assessed that the heat was absorbed in the highest 2,000 metres of the ocean. It is where the majority of the data is collected and where a significant portion of the heat accumulates. The majority of the data is derived from 3,800 free-drifting Argo floats which have been dispersed across the oceans, however, some data does come from torpedo-like bathythermographs dropped from ships in the past.

The study also reported the sinking of surface ocean waters and the upwelling of deeper water is reducing as the seas heat up.